When the basement of Crossroads Community Church in Wissinoming, Pa., flooded last year, Pastor Peter Forshtay was at a loss of how to move forward. “I was overwhelmed and stressed with the issue that seemed to be ongoing and endless,” Peter said. 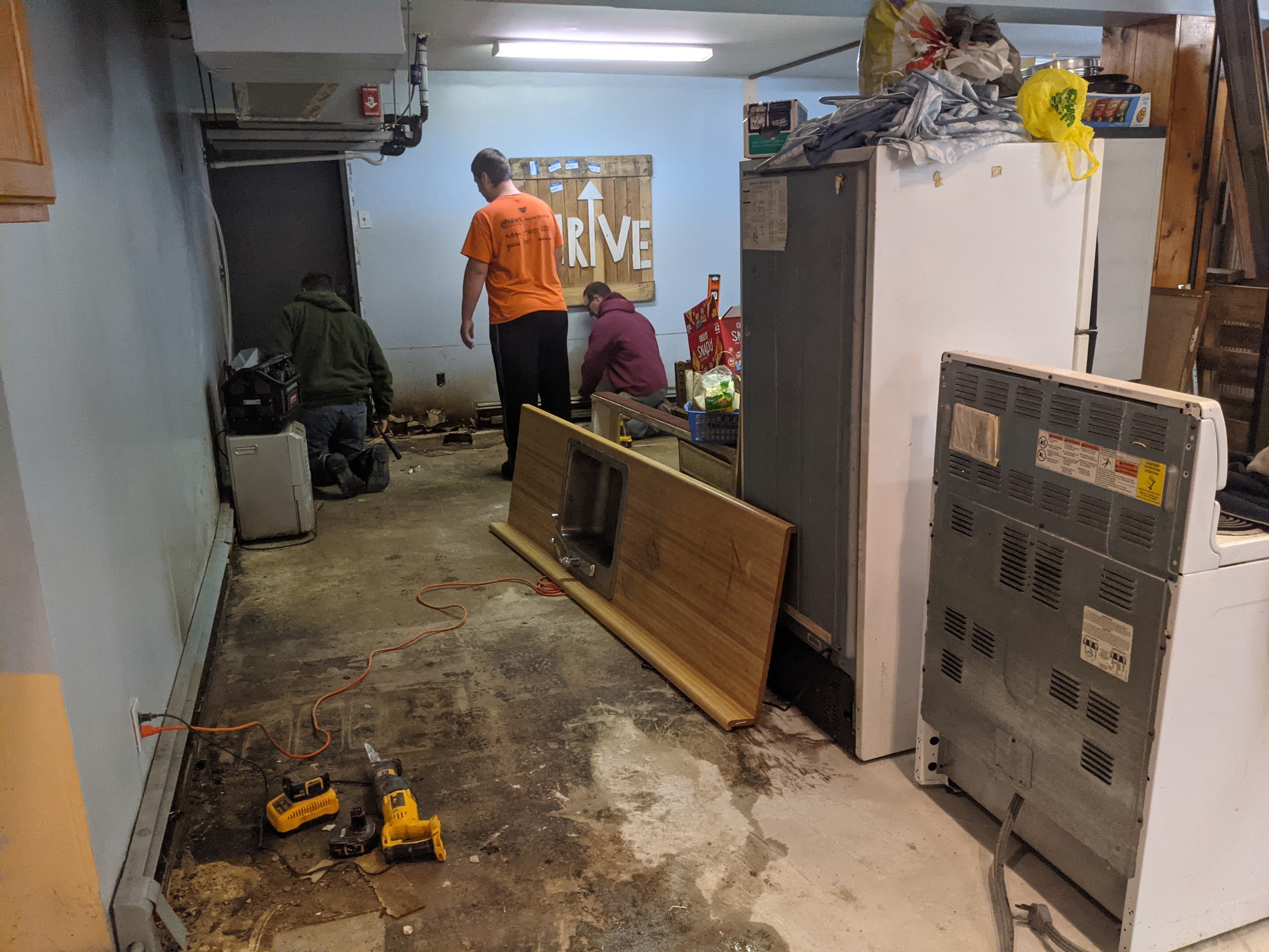 ough the church had been dealing with water in the basement for the past 10 years, they always caught the issues in time to fix them. Since they were not meeting in person due to the pandemic, the building was not being used and the water lingered in the basement for several months before the issue was detected. At that point, everything in the basement was covered in mold and mildew. They tried drying the space out, but the mold kept coming back.

At a regional Ministerium gathering, Peter explained their problem and asked for prayer on how to move forward. Peter knew their financial and man-power resources were limited. Through a series of connections, Penn Valley Church in Telford, Pa. (Andrew Saunders, lead pastor), became aware of the need at Crossroads. Penn Valley had an “unofficial disaster relief crew” that frequently worked with Barb Wooler, director of Crisis Response at Encompass World Partners, on big relief projects following natural disasters. 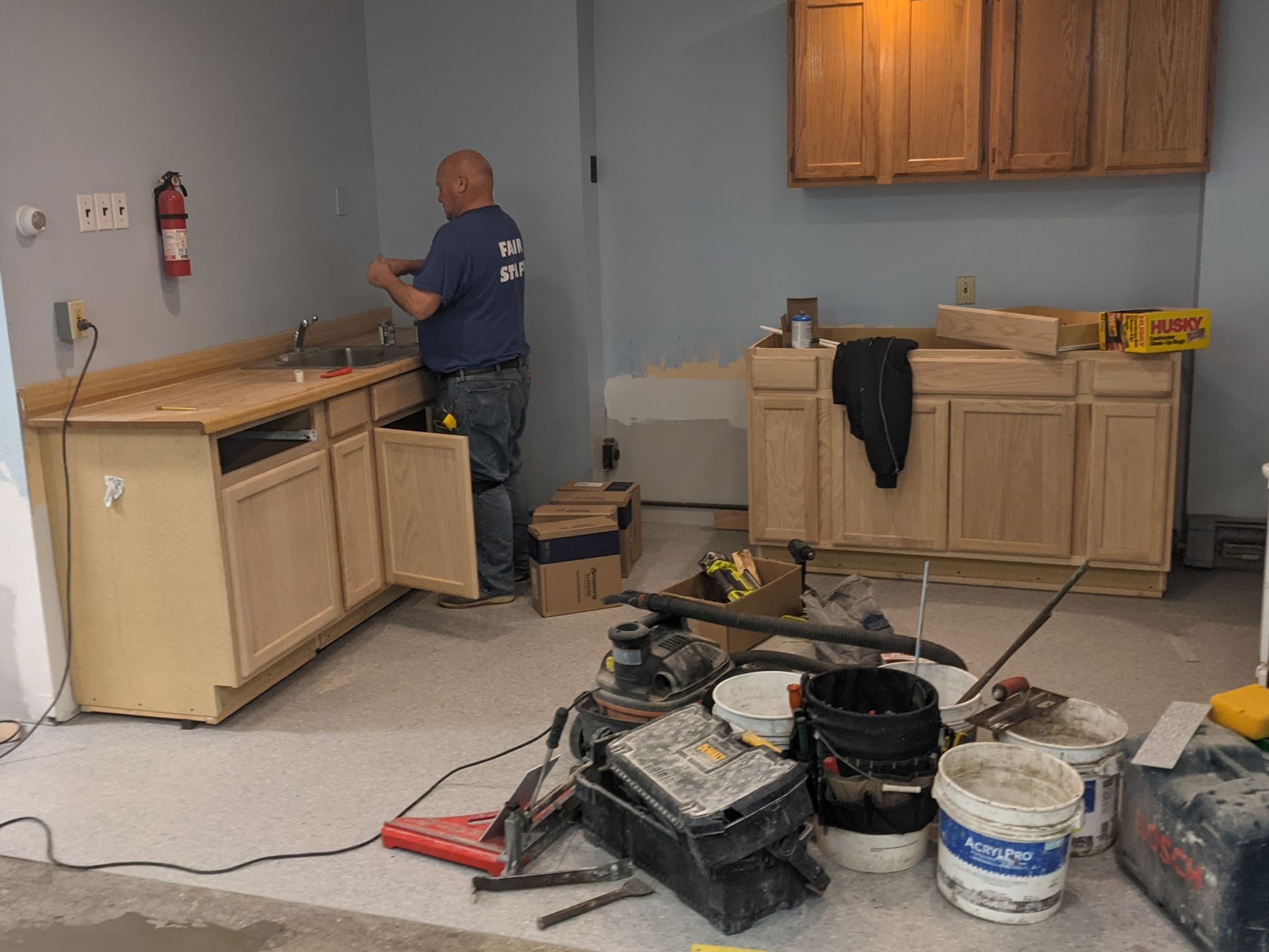 Rick Sames, a member at Penn Valley, has led several disaster relief teams to Texas, Louisiana, and North Carolina. When Rick learned of the need at Crossroads, only 45 minutes away, he knew they could help.

“For us, it was not a big deal. We didn’t have to worry about flights or meals or lodging. But for Peter, it was a huge deal because he didn’t know where to start,” Rick said. The elders at Penn Valley said they had funds in their budget to cover the cost, so Rick gathered a crew and they spent a few Saturdays in January working at Crossroads. 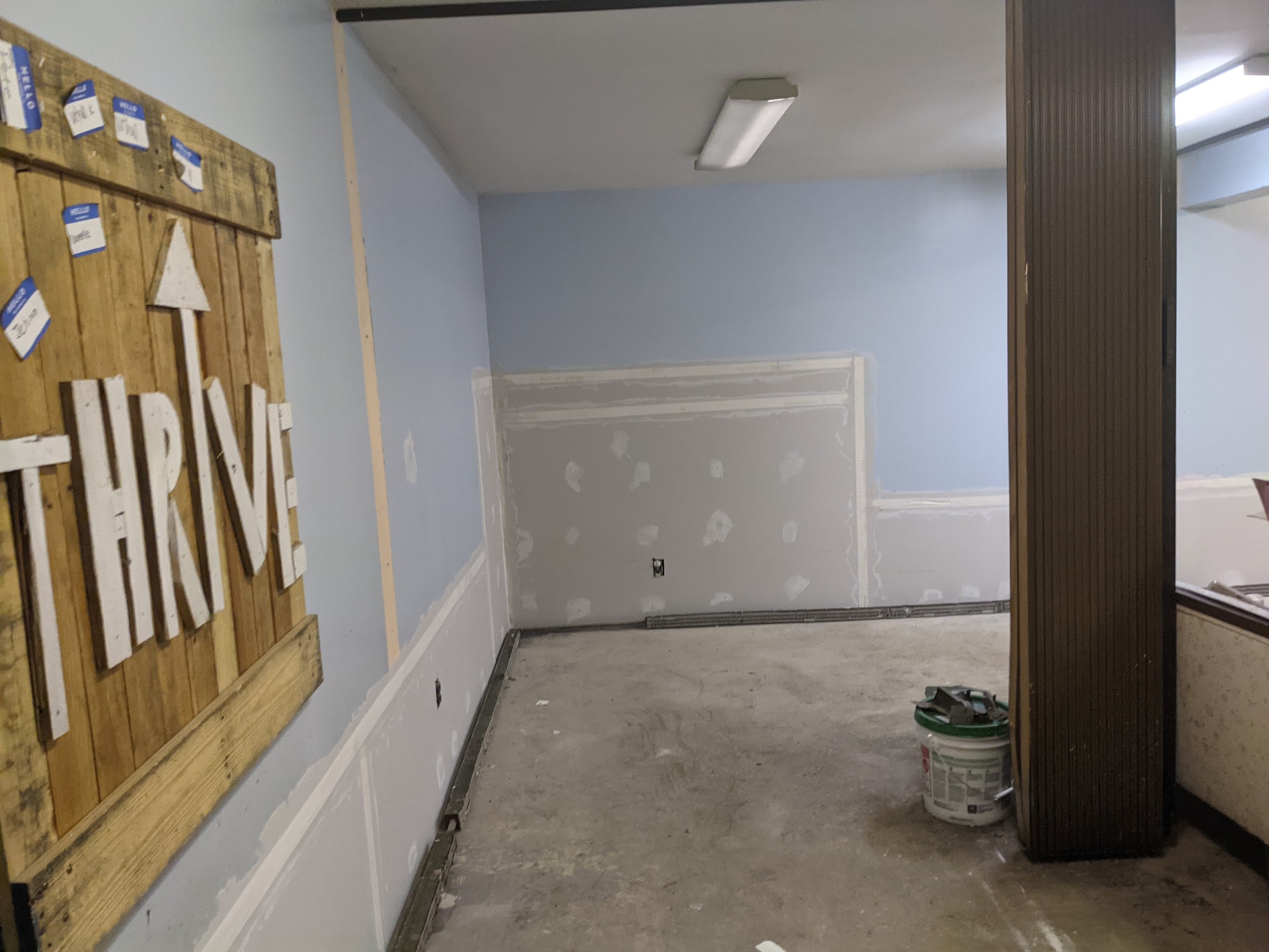 “I could focus on pastoring the congregation. I no longer had this big unfixable problem hanging over me,” Peter said. The crew from Penn Valley not only gutted the basement, but they installed new drywall, flooring, and cabinets. The more they worked, the more they found they could fix and took care of several issues that were unrelated to the basement overhaul.

Crossroads Community Church is a small, urban church in a semi-transient neighborhood. “Many people want to move out of the city,” Peter explained, “so many ministries here see a complete turnover about every three years.” He was concerned when the pandemic started that they would lose a lot of their congregation. Instead, they saw more baptisms in 2020 than any other year, had a group of people complete a discipleship class, and had more faithful people step up to help once they started meeting in-person again.

Peter is excited to see how the Lord will use them and their new space for ministry in the months and years to come. “For us to see an increase in people instead of suffering a loss, and an increase in spiritual growth, and to gain a couple of servant helpers, and top of that to be blessed by Penn Valley,” Peter said, “it’s a clear message from God that we were exactly where we were supposed to be.”

Continue to pray for Crossroads Community Church as they finish their renovation. Send Peter an encouraging note here.