“WWJD?” was asked by Al Sharpton and Doug Pagitt in a column in TIME (on-line, August 27, 2020). Pagitt is a political activist who leads a congregation in Minneapolis named Solomon’s Porch.

Weighing whether or not to support Trump this year, white Christians should consider a simple, familiar question: What would Jesus do?

This election is a test of faith–much like the one in the gospel story of Jesus’ temptation. Jesus does not give in to Satan’s promises, choosing integrity over power. Trump’s promise of white Christian supremacy is a similar test.

Truth be told, I’m pretty well versed in political conversations and I’ve never heard Mr. Trump promise any notion of “white Christian supremacy.” In the U.S. evangelical Christians would disavow him if he ever did. The authors must give evidence of this charge or be guilty of bearing false witness.

And truth be told, I confess I have little idea what view Jesus would take on many modern issues and it is presumptuous of Christians to think they know. I know Jesus’ teachings shape the character of his followers (for example, see The Beatitudes in Matthew 5:1-12). But it is a leap to take his teachings and apply them to politics and government policies and officials. Certainly, Jesus doesn’t teach us how to cast our ballots. Nor does he “test our faith” by how we vote in the upcoming presidential election.

I do know that his company of followers (the 12 disciples) included an anti-Roman zealot named Simon and a tax collector for Rome named Matthew. That’s quite a political spread and may have led to some heated discussion among the disciples. But maybe Jesus kept them quiet—political persuasions shouldn’t interfere with following Jesus anyway.

Here are five points on Jesus’ teaching that I think are relevant to today’s political situation:

1. Jesus taught that all human authority is given by God.

This is a great theme in the Book of Daniel: “The Most High is sovereign over the kingdoms of men and gives them to anyone he wishes” (Daniel 4:25). When he was on trial before the Roman governor Pontius Pilate, Jesus said to him, “You would have no power over me if it were not given to you from above” (John 19:11).

Our citizenship enables us to select leaders and affect government in many ways. But ultimately God is in charge. This must not cause us to slack off, but it should encourage us.

2. Jesus taught about our duties to both the Kingdom of God and the kingdoms of man.

Jesus taught that God’s Kingdom and Caesar’s realm are distinct, and we have duties to both. Jesus’ kingdom is unlike any kingdom on earth. “My kingdom is not of this world,” Jesus told Pilate (John 18:36).

By its nature, God’s kingdom is all-inclusive whereas Caesar’s realm is limited. To Caesar we give limited loyalty; to God we give complete loyalty.

The New Testament tells followers of Jesus how to live under authoritarian government. The right to vote would have never entered the authors’ minds.

How do we “give to Caesar” today as we live in a participative democracy? Churches can take positions and expend effort on moral issues, register voters, encourage members to write legislators and other political leaders on issues, and encourage their members to get involved in worthy causes and to vote (but not tell them for whom to vote).

The church should use its voice to encourage civility, for it is severely lacking in today’s supercharged political atmosphere. Both left and right are failing at civility, from the president and others at the top on down.

3. Jesus taught us the priority of Kingdom Values.

“Seek first the Kingdom of God and his righteousness…” (Matthew 6:33).

We must always maintain a distinction between the ultimate issues of the Kingdom of God and the penultimate possibilities of the political process. The latter are worthwhile but not perfect. They are secondary and not primary. They need the church’s voice and attention but must not get top billing.

Our churches must teach on morally laden issues and proposals like good or bad legislation or initiatives. But be sure that the biblical “connectedness” is made clear. Of course, we must be sensitive to the congregation and visitors in such matters but avoiding the topics should not be considered an option.

4. Jesus taught his followers to be “people of peace.” 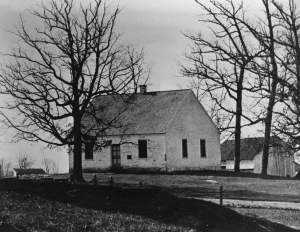 Our fellowship of churches was known in years gone by as German Baptists or “Dunkards” (referring to how they baptized). It had a little meetinghouse where the Battle of Antietam was fought during the Civil War. Antietam was the war’s bloodiest battle. The reconstructed church structure stands today as a witness to a Christian group committed to peacemaking.

Jesus taught us The Beatitudes (Mt. 5:1-12), which should mark our political discourse. Be poor in spirit (not proud or haughty or arrogant in spirit). Be mournful and meek. Hunger and thirst after righteousness. Be merciful, pure in heart, and peacemakers. Rejoice in persecution. Those who show these qualities become salt to the world and a light that cannot be hidden.

Jesus taught, “Love your enemies and pray for those who persecute you…

If you love those who love you, what reward will you get? Are not even the tax collectors doing that? And if you greet only your brothers, what are you doing more than others? Do not even pagans do that?” (Matthew 5:44, 46-47).

5. Jesus taught that he would build his church through his disciples who are obeying his Great Commission in the world.

The mission of the church is not necessarily to transform governments. The church’s mission is to create new followers (disciples) of Jesus throughout all the world. This is done by baptizing people who confess Jesus and, very important, teaching them to obey all that Jesus has taught us (the Gospel of Matthew, itself, is a “training manual”). Read Matthew 16:18 and 28:18-20.

As the church obeys and expands in this world, the church will find itself intertwined with cultures and governments. There is no way to avoid this. We must engage these with care and determination. We don’t have the luxury of withdrawal from our culture or the political process. Jesus’ followers are loyal citizens, but “when push comes to shove” we take our stands.

Our churches can’t escape politics, but we can rise above it. Our message is not political. We come together to uplift God’s Kingdom and hear from Jesus. The unity of the church must transcend all political and secular alliances.

Some Christians don’t like to hear me say this, but the church must be where a conservative Republican and a liberal Democrat can join hands and sing,

We are one in the bond of love…

Let us join our hand that the world will know,

We are one in the bond of love.*

Donald Shoemaker is pastor emeritus, Grace Community Church of Seal Beach, Calif. From 1985 to 2019, he served as chair of the Charis Fellowship Social Concerns Committee, helping shape resolutions that express the convictions of the Charis Fellowship on certain contemporary social issues. This article was originally prepared for the Men’s Fellowship at the Seal Beach church. Don regularly writes at donaldshoemakerministries.com.

This story first appeared in the Fall 2020 issue of GraceConnect magazine. Click here for your complimentary subscription to this quarterly publication.