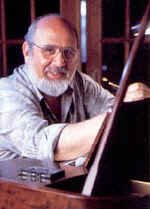 Levitt, known for the tagline, “Pray for the peace of Jerusalem,” had a television program seen on several Christian networks, “Zola Levitt Presents.”

He died at home in Dallas, where he led the non-profit Zola Levitt Ministries, Inc.

Levitt was diagnosed with cancer Feb. 10, which had spread from his left lung to his liver and brain, according to his son, Mark Levitt, who posted updates on the ministry website.

Mark Levitt said in a recent post that that in response to the illness, his father was “doubling his efforts to produce extra TV programs and create more informative and outspoken newsletters than ever.”